The End of Germ Theory

This video was removed from Youtube for what they call a “community policy violation” but what is really being violated is the American constitutional right to free speech and for you to hear unbiased descent.

A  cult of psychopaths with a global domination agenda have planted people in government and industry and media throughout the world and they have been using their mainstream media in all countries to promote fear with a false “pandemic” planned, making this a “plandemic” or “scamdemic”.

There is no person to person transmission of illness.  Instead toxins come from the environment and often the toxic effects are common to people living together accounting for why often people experience similar illnesses.

The entire concept of infectious disease has been proven incorrect.  Unfortunately legacy media is believed by some and they are used to lie circulating false misinformation about a non-existent “virus” causing  fear and confusion.  They had been prepped for this lie for a long time by getting people to belie in the “germ” theor of disease and this led people into believing they can catch an illness from another human.  It’s fraud on a massive scale and it you when you find the bottom of this rabbit hole this will be final discovery.

“The Emperor Has No Clothes”.  This “malady” being called “Covid 19” is actually caused by a variety of factors including the combination of being poisoned by a previous flu vaccine or other vaccines, and then the addition of cellphone radiation – particularly 5G and possibly other insults in food, water and air.

Luckily death has been kept minimal from radiation because the white hats / Alliance installed a special device on cell towers which neutralizes most of the 5G harmful effects since otherwise the death count in this fake plandemic would have been far higher.  The truth would have been harder to hear by the remaining population and truth might never have surfaced.

So we’ve been enduring what is a necessary wake up call for the population.  It’s absolutely essential that they see how far the criminal establishment would go to reduce the population by 90% leaving themselves in charge with the remaining 10% operating as their “vaccine” gene modified slaves.

In the process of this plandemic however – the economies of the world were necessarily damaged.  That’s been unavoidable to give the population a taste of the way things have gone towards making people dependent on government and so enslaving everyone in what would have become a Hunger Games technocracy.

The time is nearing when the tipping point must happen when enough people will be aware of the scam and will stop acquiescing to perceived power.  At that point the scam will no longer be effective.

After watching the videos here you may educate yourself about what has been going on, and learn the truth.

You are probably aware now that Google shadow-bans sites like this one offering truth since this truth doesn’t work for their world control agenda. Youtube deletes videos that expose this agenda.  Many videos on this page have been removed by Youtube but I find them on Bitchute.com and restore them or find others to take their place. 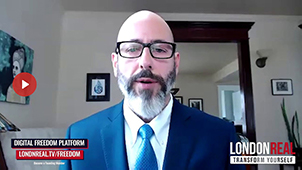 Dr. Kaufman explains how and why there is no Corona Virus

WHAT REALLY MAKES YOU ILL?
Why everything you thought you knew about disease is wrong

The media has generated so much confusion and fear that people are begging for salvation in a syringe.   Billionaire patent owners are pushing for globally mandated vaccines. It’s their plan that anyone who refuses to be injected with experimental poisons will be prohibited from travel, education and work.  No, this is not a synopsis for a new horror movie. This is the reality the cabal has been seeking to put in place.

Let’s back up to address how we got here… In the early 1900s, America’s first Billionaire, John D. Rockefeller bought a German pharmaceutical company that would later assist Hitler to implement his eugenics-based vision by manufacturing chemicals and poisons for war. Rockefeller wanted to eliminate the competitors of Western medicine, so he submitted a report to Congress declaring that there were too many doctors and medical schools in America, and that all natural healing modalities were unscientific quackery. Rockefeller called for the standardization of medical education, whereby only his organization be allowed to grant medical school licenses in the US. And so began the practice of immune suppressive, synthetic and toxic drugs. Once people had become dependent on this new system and the addictive drugs it provided, the system switched to a paid program, creating lifelong customers for the Rockefellers.

Currently, medical error is the third leading cause of death in the US. Rockefeller’s secret weapon to success was the strategy known as, “problem-reaction-solution.” Create a problem, escalate fear, then offer a pre-planned solution. Sound familiar?

Flash forward to 2020… They named it COVID19. Our leaders of world health predicted millions would die. The National Guard was deployed. Makeshift hospitals were erected to care for the (FAKE) massive overflow of patients. (FAKE) Mass graves were dug. Terrifying news reports had people everywhere seeking shelter to avoid contact.

The plan was unfolding with diabolical precision, but the masters of this FAKE Plandemic underestimated one thing… the people.

Medical professionals and every-day citizens are sharing critical information online. The overlords of big tech have ordered all dissenting voices to be silenced and banned, but they are too late.

The slumbering masses are awake and aware that something is not right. Quarantine has provided the missing element: time. Suddenly, our overworked citizenry has ample time to research and investigate for themselves. Once you see, you can’t un-see. The window of opportunity is open like never before. For the first time in human history, we have the world’s attention.

FAKE Corona Virus and FAKE Global Warming were to be used as Pretexts for a Technocratic Empire and a Global Takeover, the aftermath of which would look like the Hunger Games Society. If you believe the government and media always tell you truth then consider suspending that false notion and keep reading.

These videos are for your liberation.  If you watch them all you may be able to wrap your head around the enormity of the fraud that has been perpetuated on you and the entire world.

Discover why and how the FAKE Covid 19 simulation has been used to destroy the world economy as well as to generate  unfounded fear worldwide.

Stop acquiescing to health damaging face masks.  You should know that there is no medical reason to distance yourself from anyone.

“in times of universal deceit, telling truth is a revolutionary act”.

You own your freedom.  It’s up to you stop acquiescing to perceived power.  You can be an exponent of truth.   Please share this page with friends and family.

The mainstream media uses Lies, Hyperbole and Gross exaggeration to keep you in the dark and fearful, thus immobilizing you while they prepare lethal injections in the form of vaccinations for you to be delivered to you through the auspices of Bill Gates, the global fascist operative of the group who’s plan is to kill most of the earth’s population.

Nearly all of the website links and Youtube videos I sent out in to my e-groups since December of 2019 have been removed or deleted from YouTube and the web, and they were also wiped from the “Internet Archive” indicating these were over the the target.

The information in those links were offering facts that could help you discover the truth about the Fake global scamdemic “Covid 19”.

To keep this and other videos available I recommend trying to download them and share them with friends and family.  Knowledge is power and may help save your life.

They want to Genetically Modify you – Dr. Kaufman

The Final Refutal of Virology

Humanity is Not a “Virus” (Dr. Kaufman)

Dr. Andrew Kaufman explains how Covid has not been shown scientifically to exist. Koch’s Postulates

Dr. Rachid Buttar with his perspective on Covid.
This video was removed from U-Tube so see it here exclusively

Protecting yourself Against Frequencies and Nano

Explains the history of Vaccines and warns about the Real Danger
Suzanne Humphries – Vaccines are NOT Safe.

JFK to 911 Everything is a Rich Man Trick

The Fall of the Cabal

Dr Stoian Alexov, President of the Bulgarian Pathology Association: “No One Has Died from the Coronavirus”

Vaccine Truth – Dr. Andrew Moulden.  What you were never told about vaccines

Science says no one has died of “Corona Virus”

Who is Bill Gates?.

Dark and Sinister Opening Ceremony of the 2012 London Olympics used predictive programming, taunting us with the coming Covid-19 PlanDemiC