"It ought to be remembered that there is nothing more difficult to take in hand, more perilous to conduct, or more uncertain in its success, than to take the lead in the introduction of a new order of things - because the innovator has for enemies all those who have done well under the old conditions, and lukewarm defenders among those who may do well under the new.
S" - - Machiavelli The Prince 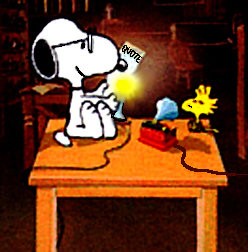 "Honda was an inventive genius with a large ego and mercurial temperament, given to bouts of 'philandering' (to use his expression). In the formative stages of his company, Honda is variously reported to have tossed a geisha out a second-story window, climbed inside a plastic septic tank to retrieve a visiting supplier's false teeth (and subsequently placed the teeth in his mouth), appeared inebriated and in costume before a formal presentation to Honda's bankers requesting financing vital to the firm's survival, hit a worker on the head with a wrench, and stripped naked before his engineers to assemble a motorcycle engine."
- - Tom Peters in "Thriving on Chaos" - Quoting Richard Pacale-co-author Art of Japanese Management Under the heading, "Only the 'Unreasonable' Champion Can Succeed"

"A new scientific truth does not triumph by convincing its opponents and making them see the light, but rather because its opponents die and a new generation grows up that is familiar with it."
- - Max Planck

Science advances funeral by funeral.
--Unknown (A paraphrase of Planck?)

"I know that most men, including those at ease with problems of the greatest complexity, can seldom accept even the simplest and most obvious truth if it be such as would oblige them to admit the falsity of conclusions which they have delighted in explaining to colleagues, which they have proudly taught to others, and which they have woven, thread by thread, into the fabric of their lives."-
-- Tolstoy

"It is a capital mistake to theorize before one has data. Insensibly one begins to twist facts to suit theories instead of theories to suit facts."
-- Sherlock Holmes
(Ed. Note-Fictional he may have been. Right on target he was.)

"I believe there is no philosophical high-road in science, with epistemological signposts. No, we are in a jungle and find our way by trial and error, building our road behind us as we proceed."
- Max Born (1882-1970) German Physicist. Nobel Prize, 1954.

"Science is not formal logic-it needs the free play of the mind in as great a degree as any other creative art. It is true that this is a gift which can hardly be taught, but its growth can be encouraged in those who already posses it."
- Max Born (1882-1970) German Physicist. Nobel Prize, 1954.

"There ain't no rules around here! We're trying to accomplish something!"
--Thomas Alva Edison (1847-1931). (Edison was a hack and an exploiter. Nikola Tesla was the true inventive genius, but this statement by Edison says a lot)

"One could not be a successful scientist without realizing that, in contrast to the popular conception supported by newspapers and mothers of scientists, a goodly number of scientists are not only narrow-minded and dull, but also just stupid."
- J. D. Watson -The Double Helix-

"In questions of science the authority of a thousand is not worth the humble reasoning of a single individual."
- Galileo Galilei

"Thus, the task is, not so much to see what no one has yet seen; but to think what nobody has yet thought, about that which everybody sees."
- Erwin Schrodinger 1887-1961

"Don't worry about people stealing your ideas. If your ideas are that good, you'll have to ram them down people's throats."
- Howard Aiken

"What, sir? You would make a ship sail against the wind and currents by lighting a bonfire under her decks? I pray you excuse me. I have no time to listen to such nonsense."
- Napoleon Bonaparte to Robert Fulton, upon hearing of the latter's plans for a steam-powered engine.

"That is the biggest fool thing we have ever done ... The bomb will never go off, and I speak as an expert in explosives."
- U.S. Admiral William D. Leahy to President Truman, on atomic weaponry (1945)

"It is difficult to say what is impossible, for the dream of yesterday is the hope of today and the reality of tomorrow."
- Robert Goddard

"The man who cannot occasionally imagine events and conditions of existence that are contrary to the causal principle as he knows it will never enrich his science by the addition of a new idea."
- Max Planck

"The discovery of truth is prevented more effectively not by the false appearance of things present and which mislead into error, not directly by weakness of the reasoning powers, but by preconceived opinion, by prejudice."
- Schopenhauer

"When I examined myself and my methods of thought, I came to the conclusion that the gift of fantasy has meant more to me than my talent for absorbing positive knowledge."
- A. Einstein

"Perhaps the only thing that saves science from invalid conventional wisdom that becomes effectively permanent is the presence of mavericks in every generation - people who keep challenging convention and thinking up new ideas for the sheer hell of it or from an innate contrariness."
- Dr. D. M. Raup, Paleontologist, U. Chicago.

"The only solid piece of scientific truth about which I feel totally confident is that we are profoundly ignorant about nature... It is this sudden confrontation with the depth and scope of ignorance that represents the most significant contribution of twentieth-century science to the human intellect."
- Lewis Thomas

When leading authorities are all in agreement, they are almost always wrong.
- An Old Axiom

Almost everything that almost everyone believes is wrong.
- Andrew J. Galambos

"The truth of today was the heresy of yesterday. Therefore, dare."
- Immanuel Velikovsky.

Freedom of the press is free to he who owns the press.

Genius means little more than the faculty of perceiving in an un-habitual way.
- William James

Inventions rarely come from people within an industry, but, instead come from people on the outside who aren't under the same limiting beliefs & habitual thinking that forms within any organization or industry.-
- Dr. James Asher
San Jose State University
Author on Advanced Learning

"The more important fundamental laws and facts of physical science have all been discovered, and these are now so firmly established that the possibility of their ever being supplanted in consequence of new discoveries is exceedingly remote.... Our future discoveries must be looked for in the sixth place of decimals."
- Albert. A. Michelson, speech at the dedication of Ryerson Physics Lab, U. of Chicago, 1894

"Never attribute to conspiracy that which is adequately explained by stupidity."
- Robert Heinlein