The History of Innovation 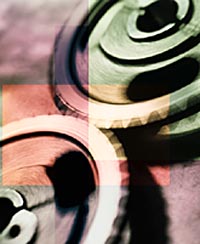 If you build a better mousetrap, the world will beat a path to your door."...  And other nonsense that history proves not to be true.

Many people ask us why we are doing things the way we are - needing witnesses for example and they suggest we, "Do it their way."  Here's why we find it necessary to garner witnesses and have a demonstration day.

In the delightful book, "Why SOB's Succeed and Nice Guys Fail in Business" by Bob Morrison, Bob recommends that once you are successful you should get involved in politics and make certain politicians owe you favors. Then you encourage them to pass laws that will make it difficult to impossible for any competitors to enter the market.  Being put out of business by a political hack is an everyday occurrence.

After running a full page advertisement in USA Today about our tour demonstrating the concepts behind the technology to introduce "Free Home Electricity" the Attorney General for the State of Tennessee sent a demand that UCSA should have a working model on his desk the following afternoon by 2:00pm or be prosecuted.

When Dennis appeared in court to represent the companies he wholly owned, and was founder and President of, he was told he could not be heard. The magistrate told him he had to hire a Tennessee attorney in order to be heard in court. You multiply this foolishness by fifty states and you can go bankrupt quickly.

Don Winfield, a UCSA dealer who paid for the meeting place that held the free demonstration, also received a demand from the state of Minnesota.  Don was pretty cocky with his response. He said he will "just have to avoid the state until the bureaucrazies honor their oaths to uphold their state and u.s. Constitutions, though it might be a cold day in Hell".

Trouble bringing you good things:
The last time Dennis advertised a working model of a free electricity machine was in 1987. This prototype cost over $400,000 to build.  During or after this demonstration where only 600 people or so were present, the door was kicked in by police. The free electricity unit and all of their other equipment, research, and records were confiscated. Dennis was prosecuted for fraud, mail fraud, conspiracy, etc. The unit confiscated couldn't be found by the government for demonstration in court.

Dennis successfully proved to that court's satisfaction in California that the device could fulfill their claims. He did this by producing many of the experts who worked on the prototype. These people testified that they had been threatened by police officers that they would be killed if they testified.

Dennis was cleared on all charges with one to be resolved. Then Dennis was sent to jail for two years for not filling out what is essentially a vending machine operator form.  It's called the SAMP (Seller's Assisted Marketing Plan) or "The Worm Farm Law". No one has ever been prosecuted before or since under that law and no one else has ever been sent to jail for not filling out that form... And the form, probably, did not apply to him anyway.

He managed to get the unit back years later, but it was dented and rusted and disabled. Most of the other products being developed were never recovered.

You can find out more about that story with copies of court transcripts, newspaper articles, etc. by ordering the book "The Alternative".

You might think attorney generals would learn something from that fiasco and not prosecute anyone for anything similar?

Not too many years later, "Lee DeForest has said in many newspapers and over his signature that it would be possible to transmit the human voice across the Atlantic before many years. Based on these absurd and deliberately misleading statements, the misguided public ... has been persuaded to purchase stock in his company ..." - a U.S. District Attorney, prosecuting American inventor Lee DeForest for selling stock fraudulently through the mail for his Radio Telephone Company (1913)

"Scientists always scoff at new ideas, and claim that they are 'impossible.' Mainstream scientists of the day always miss the boat for new technology. You might think people would have learned this by now. The case of the Wright brothers among many others, proves to be highly enlightening. They were debunked by Scientific American as frauds. The fact that the Wright brothers had given public demonstrations to thousands, did not change the minds of anyone at Scientific American magazine. Because they all knew for a fact, that heavier than air travel was against all the known laws of physics, and would not be possible for 5000 years.

Historically, the government prosecuted Tucker (See the movie with Jeff Bridges on video.), who tried to introduce a new and better car, with safety glass, disc brakes, seat belts and other innovations. In the courtroom scene, the Judge forbid anyone to look out the windows to see the cars the government said did not exist.

Moving on, even though we now know an accurate account of history will reveal that Edison was merely the inventor of record and actually the inventor of devices he claims, were people who worked for him.  Never-the-less, Edison suffered a similar fate at the hands of the 'experts,' with the newfangled electric light bulb idea which was also impossible and against all the known laws of physics. That he had lit up his local neighborhood with electric lamps was not enough proof, and he was 'debunked,' by many leading scientists and periodicals of his day. For example, from the New York Times, January 16, 1880, 'after a few more flashes in the pan, we shall hear very little more of Edison or his electric lamp. Every claim he makes has been tested and proved impracticable.'

Or read any decent book on the history of jet engines. Sir Frank Whittle was ridiculed as a dreamy young man when he said not only might jet engines work (gasp), but that they might even be faster and better than conventional prop planes (wow).

When reading up on any innovation, you might want to keep some of this scientific history in mind, and wonder if there are some new chapters to books on scientific blunders and narrow-mindedness waiting to be written.

Arthur C. Clarke characterized the four successive stages of response to any new and revolutionary innovation as follows:

The Aharonov-Bohm effect, predicted in 1959, required nearly 30 years after its 1960 demonstration by Chambers until it was begrudgingly accepted.

Mayer, who discovered the modern Thermodynamic notion of conservation of energy related to work, was hounded and chastised so severely that he suffered a breakdown. Years later, he was lionized for the same effort!

Wegener, a German meteorologist, was made a laughing stock and his name became a pseudonym for "utter fool," because he advanced the concept of continental drift in 1912. In the 1960s the evidence for continental drift became overwhelming, and today it is widely taught and part of the standard science curriculum.

Gauss, the great mathematician, worked out nonlinear geometry but kept it firmly hidden for 30 years, because he knew that if he published it, his peers would destroy him.

In the 1930s Goddard was ridiculed and called "moon-mad Goddard" because he predicted his rocketry could carry men to the moon.  Though Goddard's rockets could certainly take us to the moon, there's pretty solid evidence indicating we've never been to the moon - at least not as the public believes it has happened, and the moon landing was perpetuated as yet another hoax by the government on the people.

Years later when the Nazi fired V-1 and V-2 rockets against London, those rockets used the gyroscopic stabilization and many other features discovered and pioneered by Goddard. And as everyone knows, rocketry did indeed carry men to the moon. Science has a long and unsavory history of severely punishing innovation and new thinking. In the modern world such scientific suppression of innovation is uncalled-for, but it is still very much the rule rather than the exception.

"Airplanes are interesting toys but of no military value." (Marshal Ferdinand Foch, French commander of Allied forces during the closing months of World War I, 1918)

"The wireless music box has no imaginable commercial value. Who would pay for a message sent to nobody in particular?" (David Sarnoff's associates, in response to his urgings for investment in radio in the 1920's)

"Professor Goddard does not know the relation between action and reaction and the need to have something better than a vacuum against which to react. He seems to lack the basic knowledge ladled out daily in high schools." (New York Times editorial about Robert Goddard's revolutionary rocket work, 1921)

Everything that can be invented has been invented." (Charles H. Duell, commissioner, US Office of Patents, 1899)

Galileo tried unsuccessfully to get the most respected scholar of his day, Cesare Creminino, to look through a telescope to see the moon was not a perfect sphere with no mountains. All of the scholars of the day knew the moon and all the heavenly bodies were perfect spheres because it was taught by Aristotle. Creminino replied that if he saw any such thing it would be because the telescope had bewitched him. Galileo had to recant his observations in order not to be burned alive.

Giordano Bruno was burned alive for refusing to recant his statements that the earth circled the sun and that the earth was not the center of the universe. Regulators love to ban or burn anything that they do not understand, which ain't much.

Now, you have a choice. You can join the ranks of those who refuse to look... or you can become informed and decide for yourself. The free included free registration that comes with a Public Awareness Kit may ultimately entitle you to 26,000 kWh of free home electricity annually as a bonus. Click Here for more

Some scientists have been stone blind to possibilities. Doubting is so much fun. Besides, everyone knows...

"Only two things are infinite, the universe and human stupidity, and I'm not sure about the former."  -Albert Einstein

"There is not the slightest indication that nuclear energy will ever be obtainable. It would mean that the atom would have to be shattered at will." Albert Einstein

Thomas Edison - abused inventors like Tesla and put his name on their work.  See what Edison has to say...  "They never will try to steal the phonograph. It is not of any commercial value."
Thomas Edison (c. 1915)

"Fooling around with alternating current is just a waste of time.  Nobody will use it, ever."  Thomas Edison, 1889

"X-rays are a hoax." -Lord Kelvin, engineer and physicist (c.

Now you might have an idea what any "expert" might say upon the introduction of any revolutionary technology.