Revolutionary technologies, including Free Energy / Power have been suppressed for centuries. 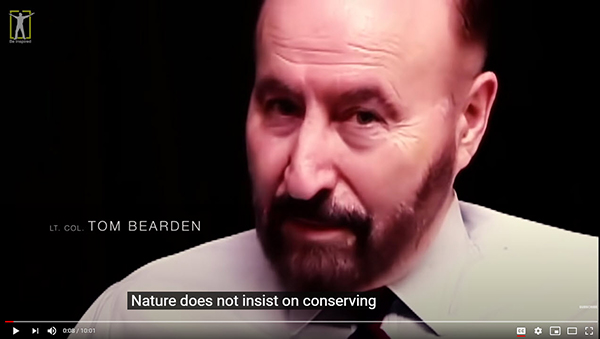 How much will you save per year when your electric bill is eliminated? Also consider how free power will reduce the cost of products being produced.   Your thougts have pulling power so knowing these fantastic technologies are on the horizon will help bring them about.

The suppressed technologies below may eventually emerge

See my You Tube channel and start thinking about the myriad possibilities these technologies offer. In particular see the "Research Projects" video.

See Dennis Lee in this video that discusses how power can be made for free with Magnets or in other ways, allowing us to use oil and coal for other cleaner applications and just eliminate the use of dangerous nuclear power.

Get a "Public Awareness Kit" for the above plus more eye-opening DVDs.

Dennis Lee helped promote Free energy technology awareness with nationwide magnetic motor and magnetic generator demonstrations, along with other revolutionary technology and all of this has contributed to the culmination of a tipping point.

Earth Engine builder Dennis Danzik says he started working in the field of magnets 10 years ago. That was 12 years after Dennis Lee did his 47 state technology tour show nationwide demonstrating the Magnetic Hummingbird Motor. Even if you doubted the technology was real back then – you will appreciate this now.

See Dennis Lee’s video (The Case for Free Electricity) made 20 years ago. You'll see how Dennis makes the case and demonstrates “Magnetohydrodynamics”, using copper or aluminum to block a magnetic field. 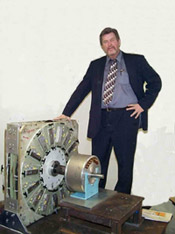 Here's an excerpt from my free energy page: A 50 HP version of the Hummingbird motor is only 1/5th the physical size of a conventional 40 hp motor, thus revolutionary on that basis alone. In 1999, measurements confirmed the motor's power in torque was 5 times greater than the power supplied! The Hummingbird harnesses the additional torque / power using the incorporated permanent magnets, and the unique way they are being finessed.

If the Hummingbird motor producing 5 times more output torque relative to the electrical power supplied, was coupled to the 100% efficient Sundance Generator, using one of the 5 units to keep the system going, we would have an energy harvesting system that should constantly deliver 4 "free" units of power continuously, harvested from the magnets. Keep in mind this all happened about 20 years ago.

At that time Dennis Lee and company believed that only demonstrations in football stadiums would be a big enough event exposing what was possible so that it wouldn't be suppressed by supposed "independent" evaluations, all of whom get paid off or threatened to keep them from acknowledging that the technology works.

The revolutionary items to the left and right are available now!

On another note - you may or may not be aware that oil also an unlimited resource, produced in the earth faster than we consume it. It isn't only dinosaurs we are burning in our tanks as the old Gulf oil commercials would have you believe.

Links and information on the "Auto Tech" link above are sponsored, and are not indicative of our focus on free energy, particularly in the area related to hydrogen power, since water used as fuel is far more desirable than what is described at some of associated page links. It serves as counter point.